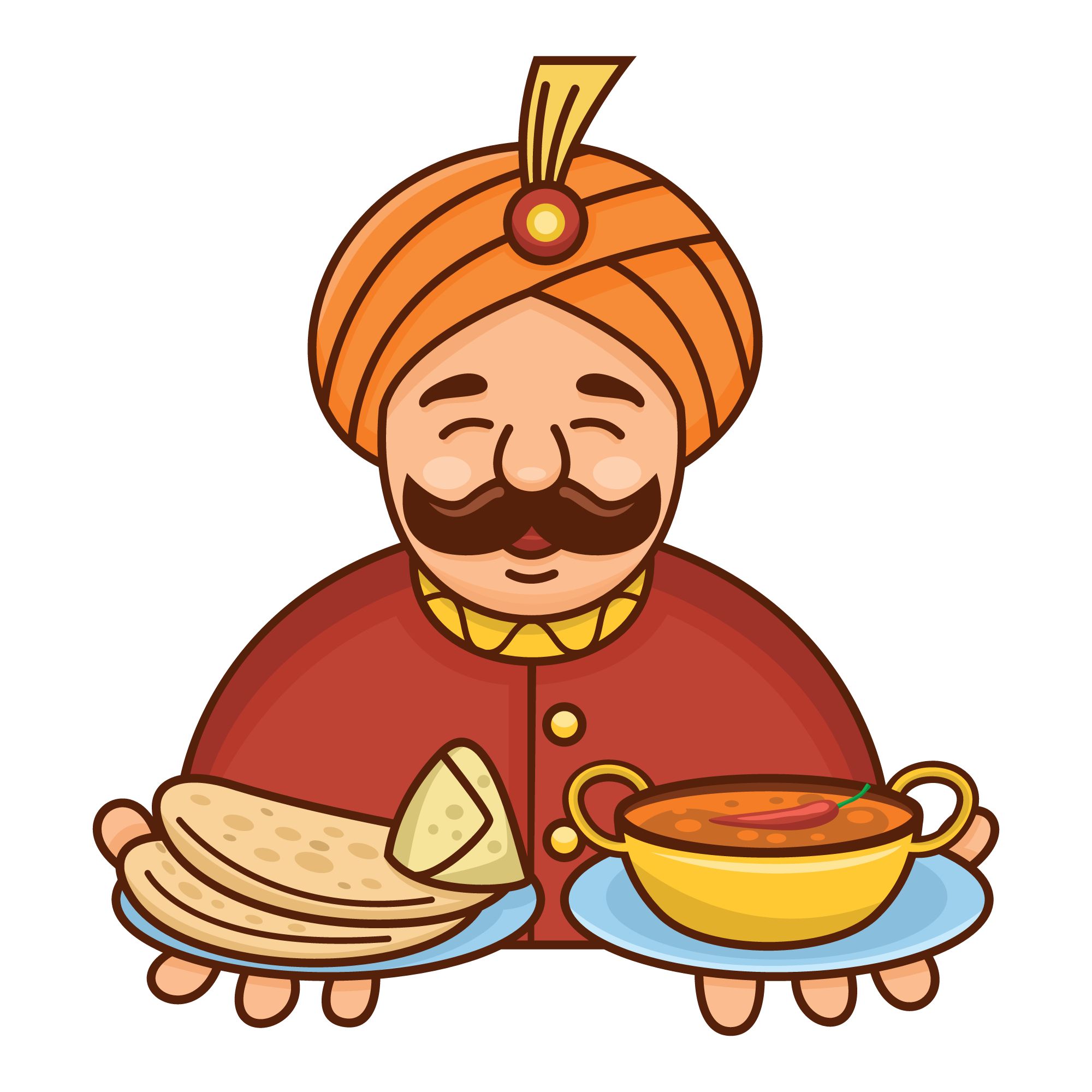 Indian food is appreciated the world over – from celebs to commoners, everyone loves Indian food! But there are a lot of stereotypes surrounding Indian food – for better or for worse – that need debunking. Let’s get started!

The most obvious one – Indian food is spicy. It isn’t spicy in terms of heat levels per se, it is full of whole spices and masalas that make it taste the way it does. There are, however, tons of dishes that make use of spices without rendering the food too hot or peppery. Also, we have only scratched the surface without really going into the details of this marvellous cuisine. While the world knows Indian food as North Indian cuisine with your typical kadai chickens and paneer butter masala, there is a whole universe of food waiting to be unravelled, from Gujarati to Oriya to Assamese, Maharashtrian and Keralite cuisine and more.

While complex curries are a part of Indian food – there are simple khichdis, daals and curries that take mere minutes to cook. Junky fast food sometimes takes longer to prepare than some quick Indian dishes. For example, take bhel or daal for example. Or even a simple potato curry that cooks in mere minutes.

All Indians are not vegetarian and all Indian food is definitely not vegetarian. Indian meals focus on a balance of veg and nonveg. While a lot of Indians follow vegetarianism in their diets, mainly due to religious reasons, there are a lot of dishes that make India a hub for meaty curries on the global map. Chicken Tikka Masala for example is a dish that is of Indian origins but is eaten the most in Britain. Region-wise, the variety of meats eaten here also differs. Coastal regions sea a lot of seafood than others, while central Indian foods focus on cooking their meats over slow fire in covered pots. Desert regions like Rajasthan make use of the meaty juices for the food to be cooked in, saving water, while up north, foods are richer and fattier owing to the cold.

4. Indian food is only curry

All the Indian food is so much more than curry that it is almost offensive to categorize all of a country’s food into one simple dish. From fluffy fragrant Biryanis to tikkas and kebabs to cold foods like bhel and pani puri and even sweets that pile a thousand calories but taste divine – Indian food is very vast and explorable.

If you eat from the right place you will know that Indian food can be light and very very easy to the tummy. Only certain dishes are greasy and oily. There are coconutty, watery curries too that give your tummies a super-light feel. Beverages like chaas and plain rice and khichdi are great options for lighter meals.

6. Indian dishes are all created in India

India is a melting pot of cultures and it has been influenced by a global culture too. From British to Portugese, a lot of foods that are made in India, in our homes on a regular basis, but have their roots and origins in a different country. Dishes like samosas, biryanis and more have come to India through traders and immigrants.

7. Saag Paneer and Palak Paneer are the same

No, they are not and will never be. While this one is slightly more specific, it deserves to be said that Saag refers to a bunch of mixed greens like spinach, mustard, bathua and more. Palak paneer on the other hand is a creamy rendition of this, made only with spinach and cream. The former is a proper Punjabi household recipe while the palak paneer is more restaurant style.

The Gujarati Khaman Dhokla are spoken interchangeably but they are far from same. Khaman is spongy, made with besan and spices and steamed and tempered. The spongy texture comes from baking soda. Dhokla on the other hand is made from a fermented rice and daal batter and is steamed and tempered too. Khaman is slightly sweet and watery while dhokla has a firm soft texture.