Bizarre Mushrooms from around the World! 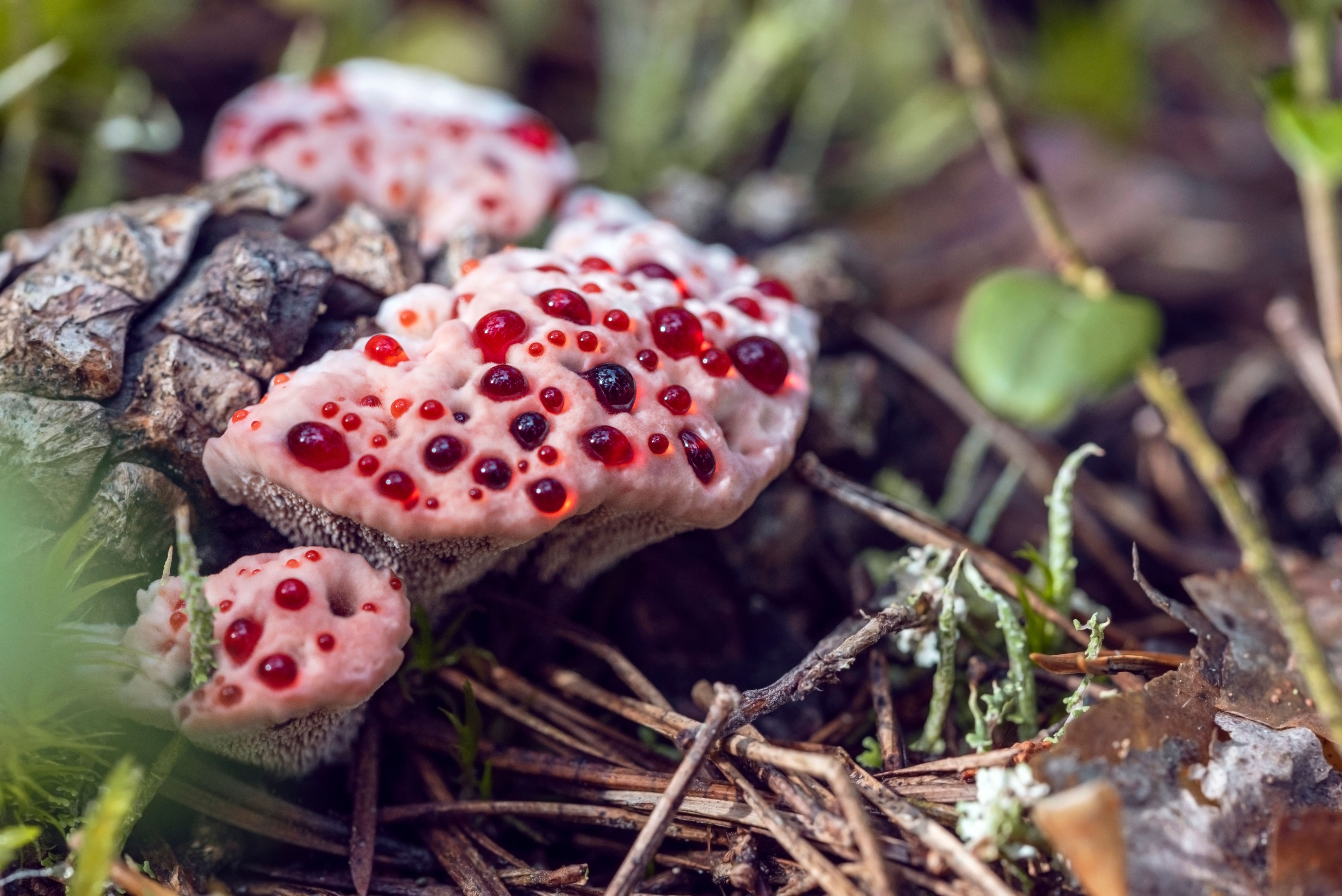 The thing about mushrooms is, that you can never quite understand why you like them. Mushrooms reek of Umami and with more than a dozen types to go around, it’s impossible to not develop a liking towards them. Nonetheless, mushrooms can be quite weird. Whether in terms of shape or size, color or smell, mushrooms can surprise you! Here are a few mushrooms that are the weirdest ones ever!

Known as the bearded tooth mushroom or the lion’s mane, the Hericium erinaceus is an edible, medicinal mushroom that belongs to the tooth fungus group, which are mushrooms that feature teeth-like ridges on the underside of their caps. Spores are also produced in the teeth before being released for reproduction.

Interestingly, these ridges always grow perpendicular to the Earth.

2. The Bizarre Mushroom That Looks Like A Bleeding Tooth (Hydnellum pecki)

The Bleeding Tooth is undoubtedly a bizarre mushroom species, and its appearance is also pretty unsettling.

Found in various parts of the world and not to be eaten, the body of a young Bleeding Tooth mushroom “bleeds” a pigment that contains anticoagulant properties, like blood thinners. Older specimens are brownish colored.

The gooey red liquid that bleeds out of this weird mushroom is actually a sap of sorts.

While the dramatic lacy skirt of the veiled lady mushroom is what initially attracts the eye, this sophisticated fungus actually uses its cap to draw attention, too. It is coated in a greenish-brown slime that contains spores—and that same slime attracts flies and insects that help disperse the spores.

This mushroom's party trick is that it can glow in the dark. It emits its brightest green light when the surrounding temperature is precisely 81 degrees, and for about a day after the cap forms and opens. After that, the glow dulls until it is (sadly) undetectable by the naked eye.

What makes this mushroom strange is it’s actually not a mushroom at all. It’s a parasitic mold that attacks other mushrooms and completely engulfs them, changing their appearance to resemble a bright red lobster tail. The preferred host of the lobster mushroom is Russulla brevipes, a.k.a. the stubby brittlegill!

Now you know which mushrooms definitely not to eat!!