Making of Pizza for 1st time in the Lockdown 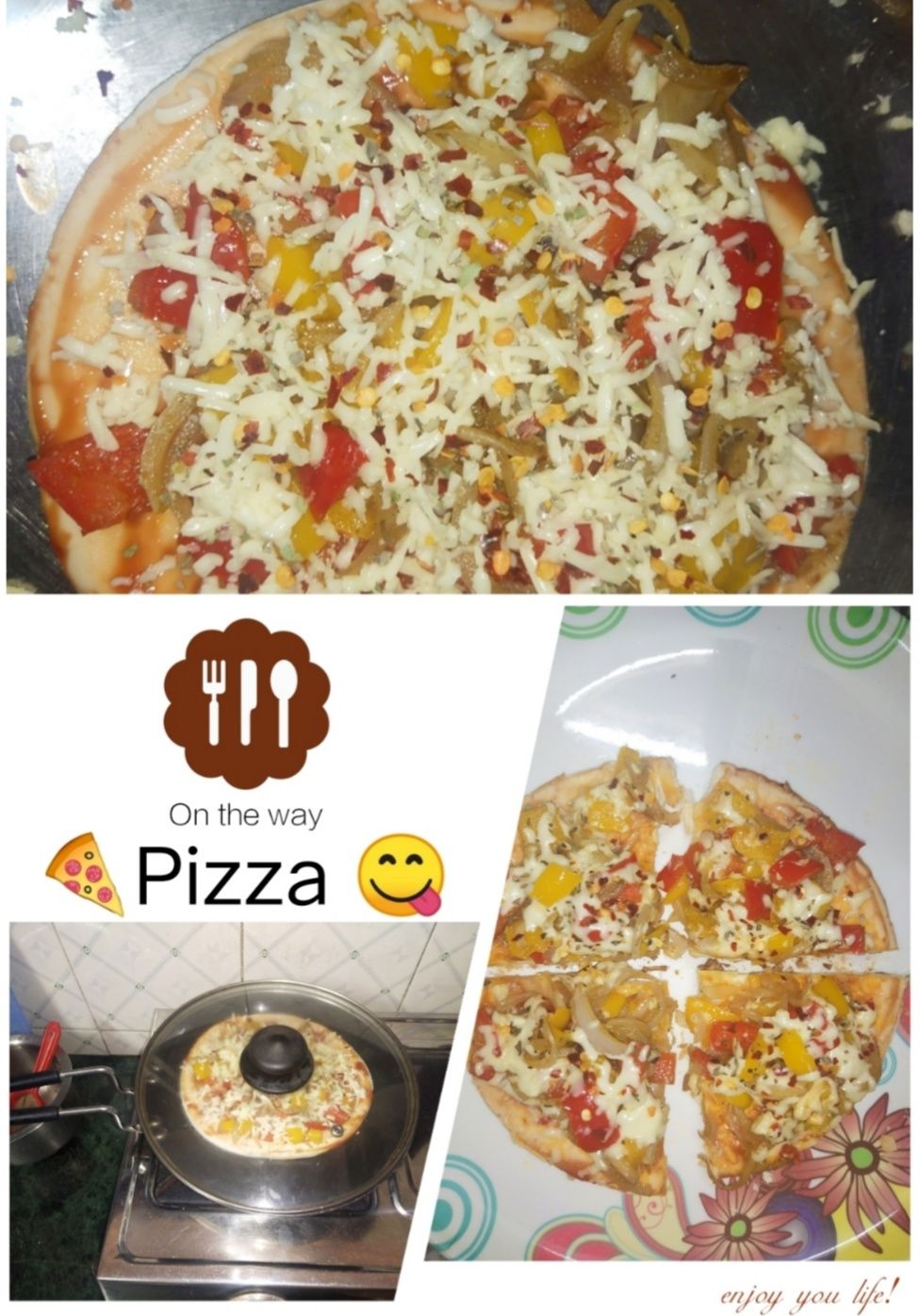 Even though eating Pizza at renowned places like Pizza Hut, Dominos might be common, during the lockdown, we have to try different things and make food for a family, and when the dish is Pizza, This is an exciting unique story... I learned to cook Rava Cake (Semolina Cake), Pav Bhaji (Vegetable Curry served with a soft Bread Roll), Pani Puri (A Snack) and many other dishes on alternate days during the lockdown because I wanted my mom to rest. Today I thought of making a Pizza. I did not have any ingredients except Tomato Sauce. Therefore, I had no other option than to shop at the market. In addition to the lockdown, all the shop had permission to open from 7 am to 1 pm. Somehow, I managed to visit the market and bought Capsicum of Green, Red and Yellow colours each, baby corn, oregano, chilli flakes, cheez cubes and some onions. In the beginning, after reaching back home, The Green, Red and Yello Capsicums were sliced followed by one or two onions. Then gently heated the oil and added cumin powder. Thereafter, added the freshly cut vegetables and tossed the mixture. In the meantime, Both the Pizza bases were decorated with Sauce from one side. Then the mixture was added on top of the Pizza bases equally. With different colours of Capsicum along with tossed Onion and cumin powder was all over the bases and looked amazing. Then all the pieces of baby corn were added to both the Pizza bases. Both the cheese cubes were grated on the grater and set on both the pizzas evenly. Now the Pizza base was ready with all the ingredients. A Pizza base was placed in the big Pan, covered with a glass lid and cooked for 10 minutes over the steam. After 10 minutes, it was aromatic, which indicates that the food is ready, and took it out of the pan. The base of the Pizza was well roasted but not burnet. Similarly, the second Pizza was baked. Then Oregano and chilli flakes were sprinkled over both the Pizzas. One of the Pizza was sliced into four pieces, similar to Dominos and another Pizza was sliced into eight pieces, which is typically restaurant-style. This home-baked Pizza was crispier and tastier than any restaurant or Dominions. In this way, The Homemade Pizza baking experiment was a true accomplishment.